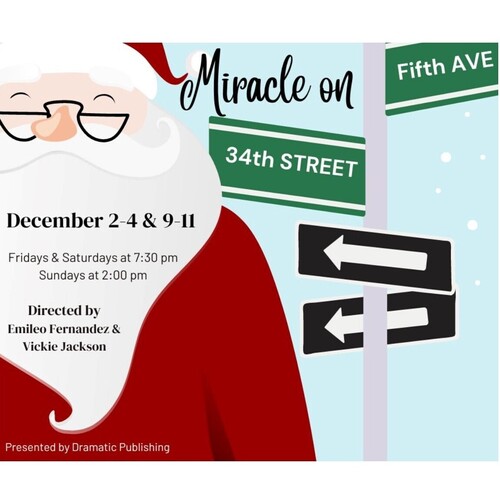 Miracle on 34th Street is a tale that we want to believe in, that creates a world we seem to desperately desire, where love and decency and generosity of spirit are the true meaning of Christmas.

Kris Kringle, an old man in a retirement home, gets a job working as Santa for Macy's. Kris unleashes waves of good will with Macy's customers and the commercial world of New York City by referring parents to other stores to find exactly the toy their child has asked for. Seen as deluded and dangerous by Macy's vocational counselor, who plots to have Kris sent to Bellevue Psychiatric Hospital, Kris ends up in a court competency hearing.

Especially at stake is one little girl's belief in Santa. Susan Walker, a precocious little girl whose well-meaning mother has raised her not to believe in Santa Claus. When their lives intersect with that of Kris Kringle an elderly man hired to play Santa at New York City's famous Macy's department store, Susan begins to suspect he may be the real St. Nick.

In a dramatic decision, the court confirms Kris as the true Santa, allowing Susan and countless other children to experience the joy of childhood fantasy. It also softens the heart of Susan’s mother Doris and helps them both believe in magic again.